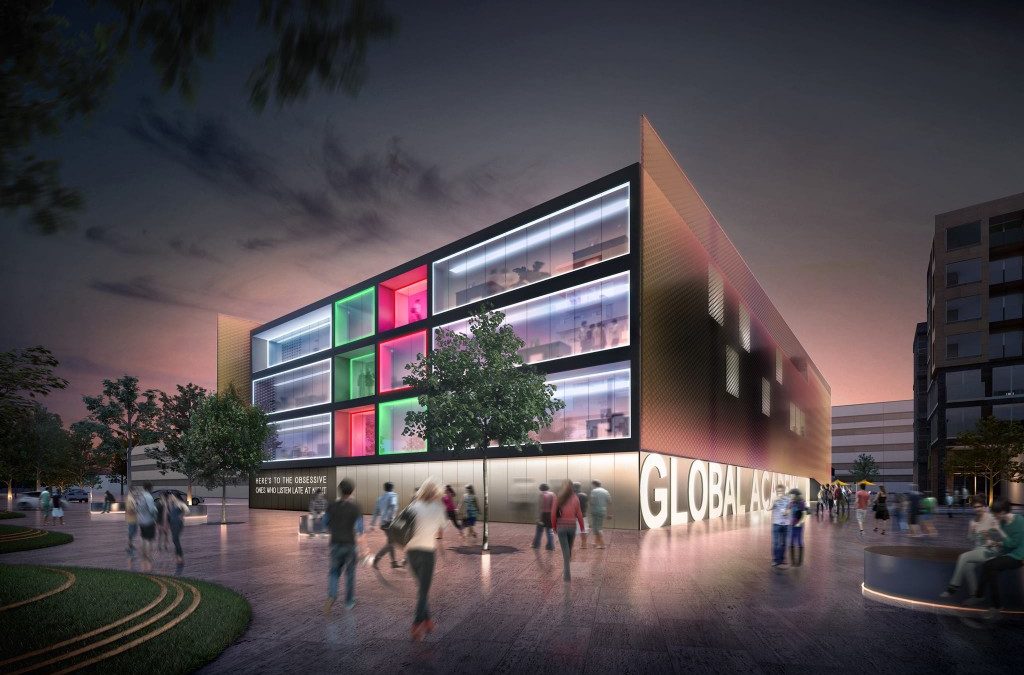 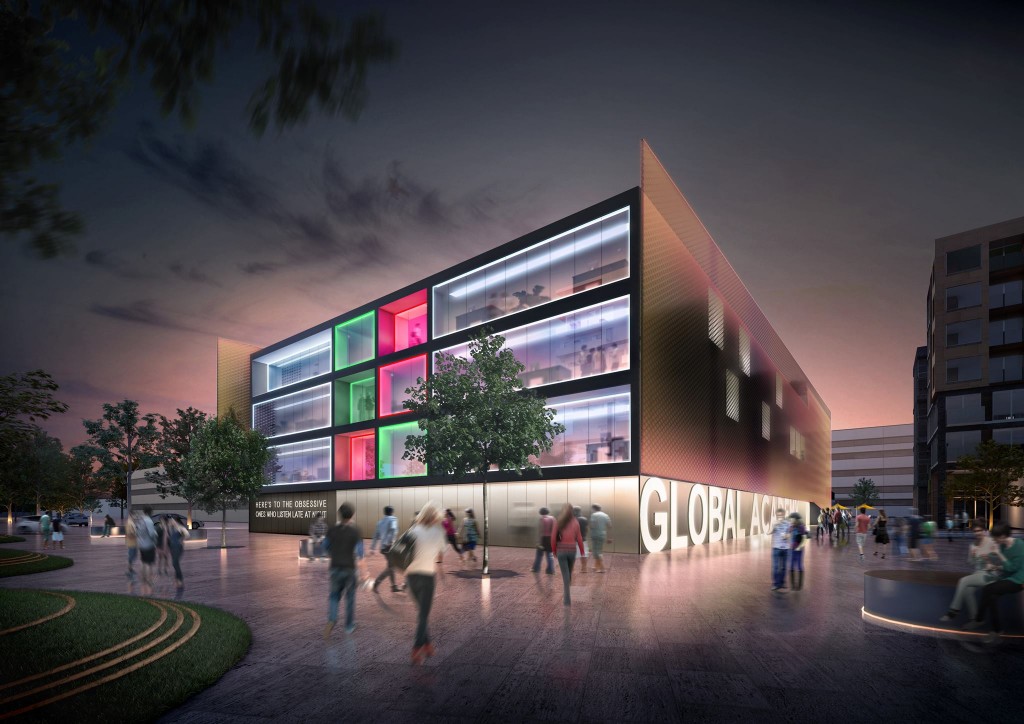 One of the ‘must watch’ projects of 2016, Global Academy is the brainchild of Global (a media and entertainment giant, home to radios such as Capital FM and Heart and manager of some of the best musical talent around) and is sponsored by University of the Arts London.

Currently being erected on the Old Vinyl Factory site in Hayes, this UTC will be opening its doors to 100 Year 10 and 100 Year 12 students in September 2016, with a plan to welcome up to 800 students soon afterwards. It promises a ‘unique experience’ during which students will focus not only on achieving GCSE and A level qualifications, but all learning hands-on skills needed to work in the broadcast and digital media industries.

The media and entertainment industries are particularly cutting edge, so the School requires a building, which is fitted in the same vein. Appointed to the project last year, Reds10 have been making great progress and are approaching the completion date steadily and to schedule.

Watch this space for more news on the project, which has had some impressive celebrity support, over the coming weeks. 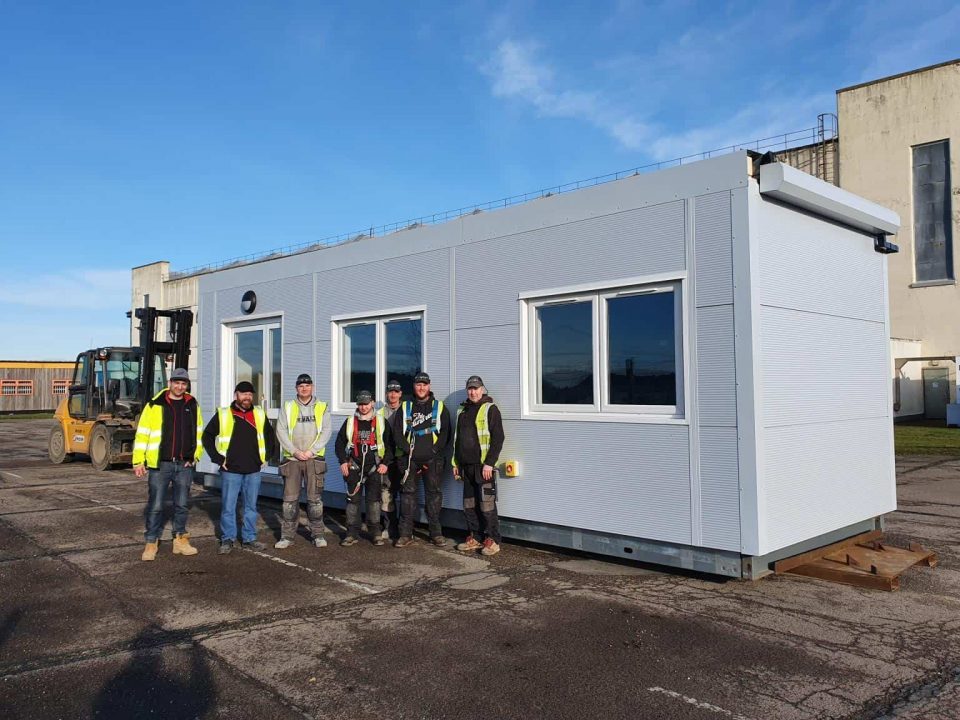 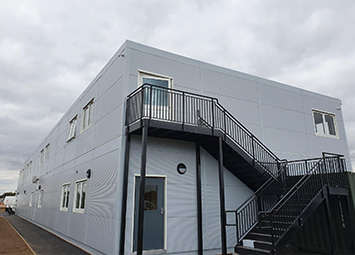