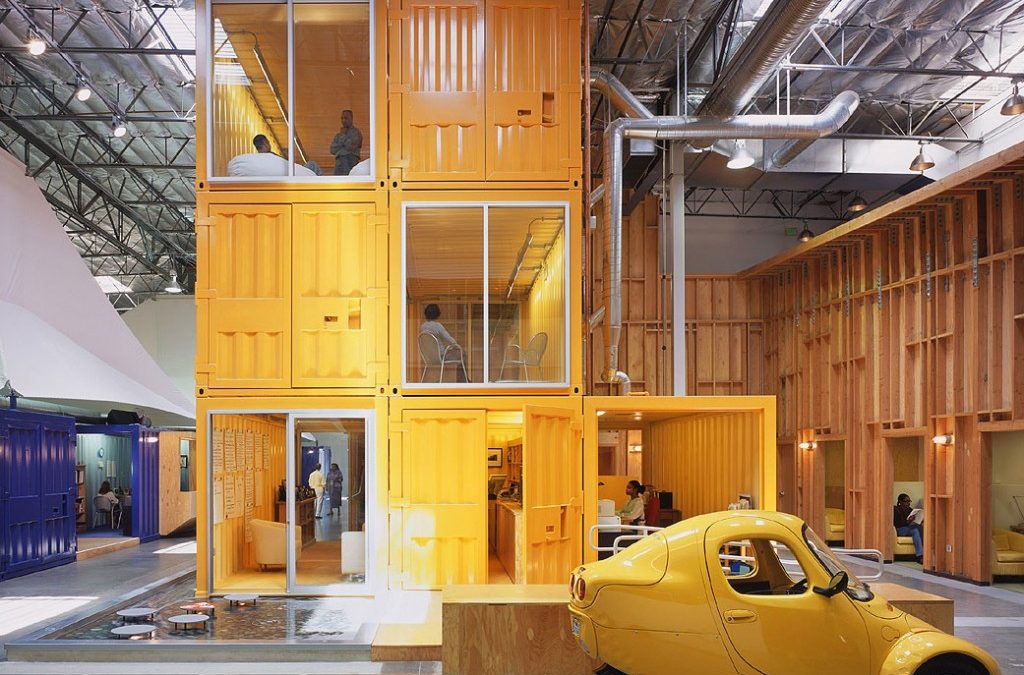 Alongside our wide range of commercial furniture, modular building is our other main area of expertise. With that in mind, here’s a rundown of our five favourite commercial modular builds that could house such furniture. 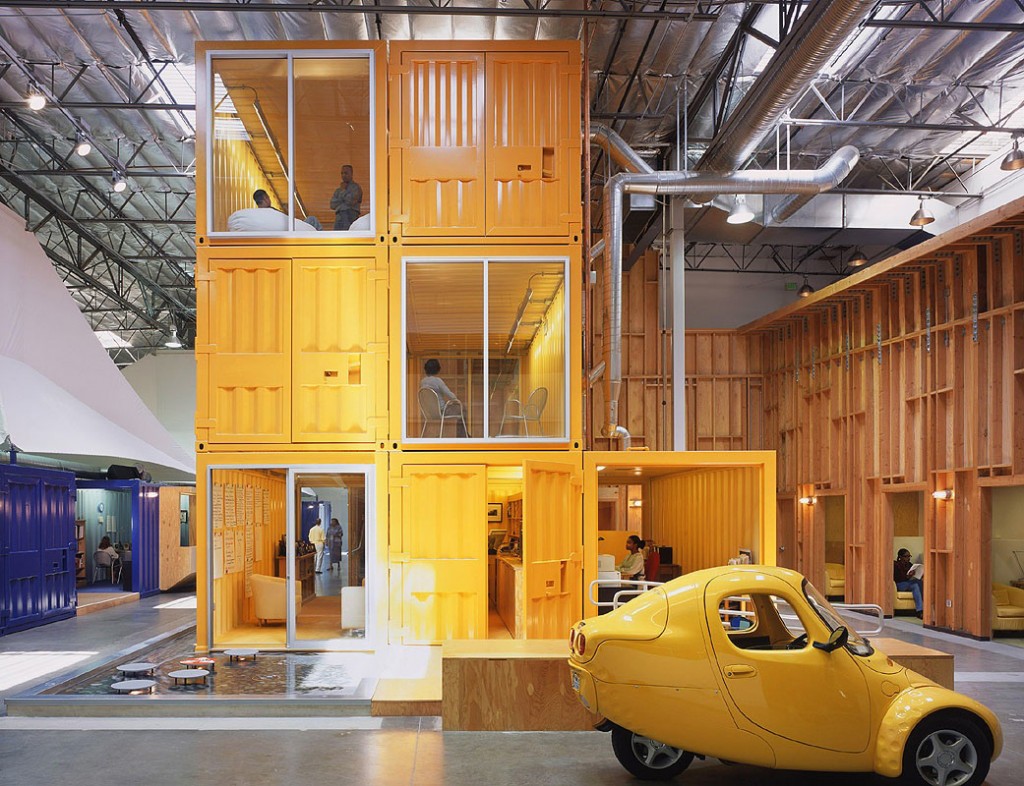 These brightly coloured sets of award-winning modular buildings are home to the Los Angeles offices of Pallotta Teamworks. Known as ‘islands of activity’ by the company, these self-contained and air-conditioned shipping containers are able to provide space for each department within the company and give each of them their own identity.

Again, this site benefits from being able to add units as the business grows rather than being concerned with time consuming and costly relocation. Compared to traditional offices for similarly sized companies, this modular build would have been very low cost with lower energy usage while achieving the not-so-small task of creating a lively work environment inside of a basic warehouse. 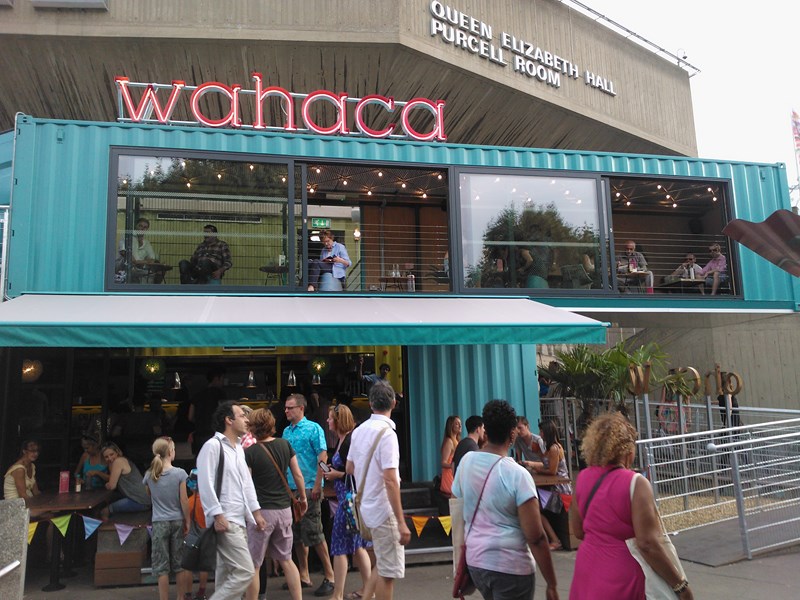 A modular building rarely looks like the buildings around it, as proved by Wahaca which sits prominently on the Southbank in London.

This fantastic Mexican restaurant is well renowned for its look that only a modular building can deliver. Not only do they offer external impact but they also influence the internal décor, which often leads to customers commenting on the novelty and originality of eating a burrito and nachos inside a shipping container. 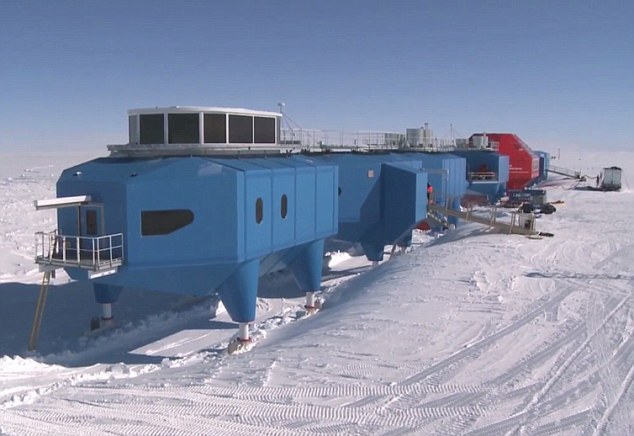 The Halley Research Station, which sits on the Brunt Ice Shelf floating on the Weddell Sea in Antarctica, is a real testament to the portability and versatility of a modular building.

In such extreme conditions, erecting a traditional structure would have been almost impossible. The atmospheric conditions that the research centre monitors would have identified conditions exactly opposite to those you would usually want to build in.

It is in situations such as this, when a location or climate makes it difficult to construct on site, that a modular building which is made indoors and then transported to the location is at its most useful. 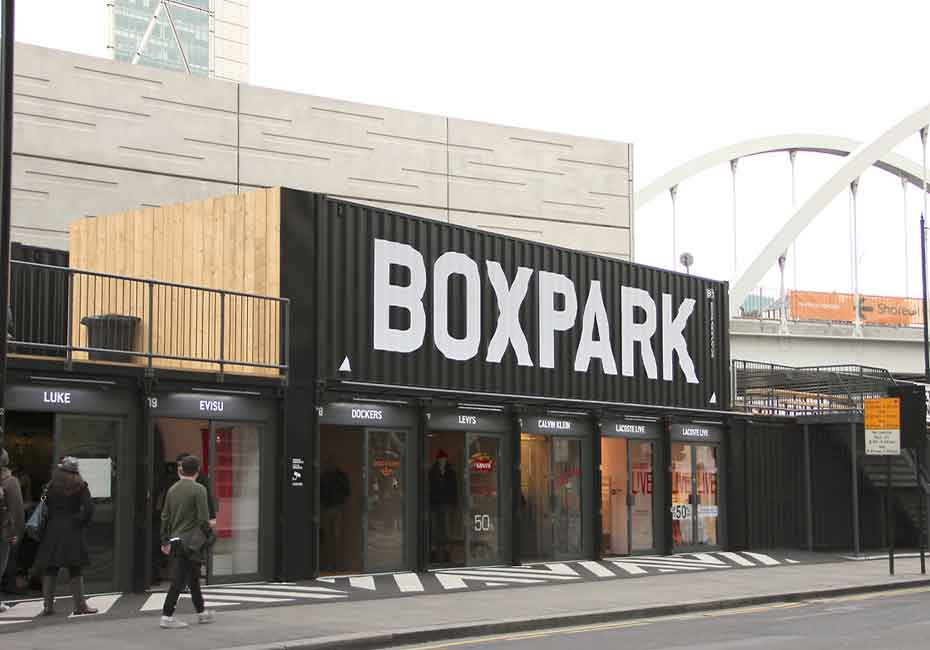 The BOXPARK in Shoreditch, London has become synonymous with the style of the area in which it has been located since opening in 2011. It isn’t often that an area designated for shopping can have such a social and cultural impact in such a short time but when the BOXPARK leaves the East London neighbourhood in 2016 it is sure to be missed.

This site benefits from the adaptability that modular buildings afford. Units can be easily added and taken away in a matter of days so don’t be alarmed come 2016 when it’s there one week and nowhere to be seen the next.

Twenty-four shipping containers were retrofitted and put together to make PUMA City, which is both an event space and a store. The strength of the containers allows them to be arranged in such a way to create terraces, large overhangs and outdoor spaces inside the structure.

Not forgetting the history of its components, this fine example of a modular building can still be transported by cargo ship as each container can be sealed at either end and stacked as normal shipping containers.

Popping up at several international shipping ports since it was assembled in 2008, this structure is testament to the portability of modular buildings. At 11,000 square feet, bigger than a lot of traditional offices, PUMA City also demonstrates that modular buildings have far more scope than just a few temporary containers.

Hopefully this list has given you an idea of the commercial possibilities of modular buildings and how they could benefit your company. These curious structures have the potential to transform the feel of your premises by leaving traditional concrete buildings behind and injecting some creativity into your workplace.

If this list has inspired you to make a change to your business or you’d like to know more about the possibilities of modular buildings then don’t hesitate to get in touch on info@reds10.com. 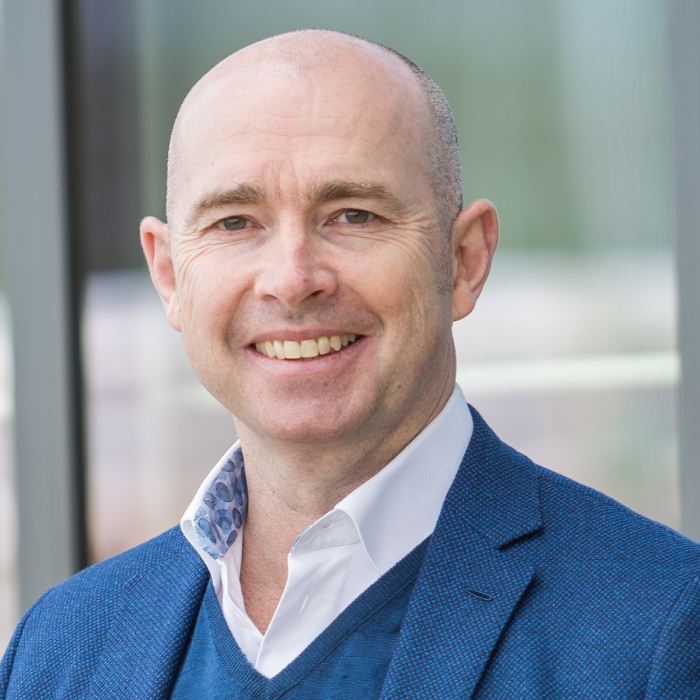 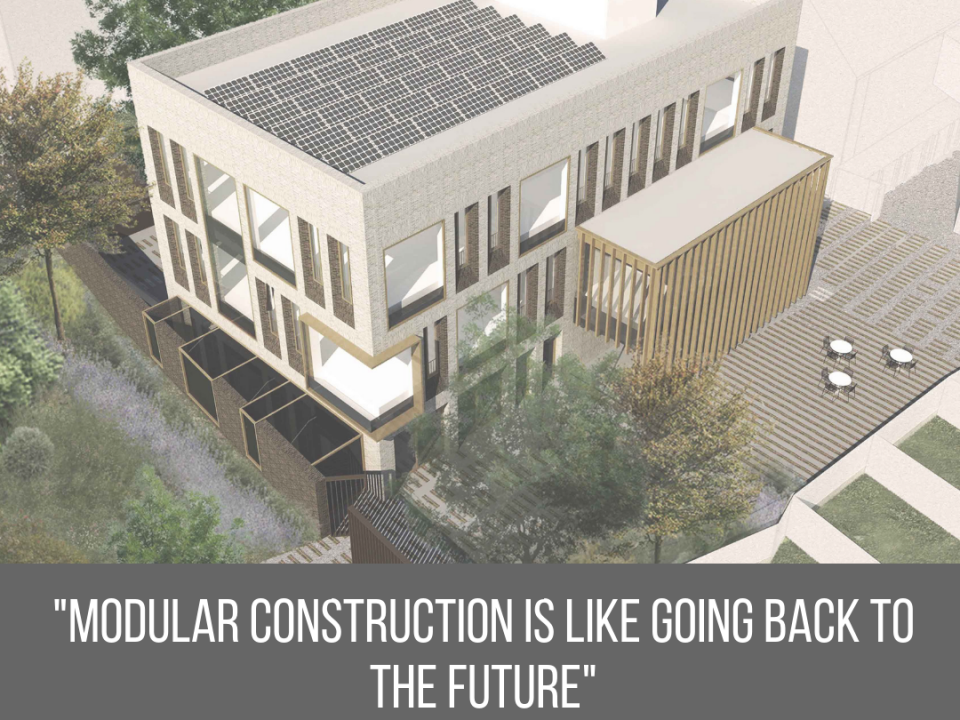